The following is a beginner's guide to getting started with Bravely Default: Fairy's Effect.

Welcome to the Beginner's Guide! This guide is going to help you get started in your journey in Bravely Default: Fairy's Effect.

Before you begin, please set your device clock to +9:00 Japan Standard Time (JST).

A lot of the game's system relies on the clock matching the server time, other wise you will receive errors trying to enter expired dungeons, seeing over exaggerated time remaining on various timers, and incorrect event times.

Google Translate can scan pictures for Japanese text and translate them. Very useful for reading almost everything in the game. Can be downloaded on Android and iOS.

The question everyone would like to know is how far you can get without paying. We can confidently say that Bravely Default: Fairy's Effect is pretty generous with Mythrils and Gacha Ticket (Which is almost the same as 15 Mythrils).

The rest will depend on your luck with Gacha, or the amount of effort you put into min-maxing your 3* and 4* equipments. 5* is not everything in this game, and there will be many cases that you won't be able to use them every time.

If after finishing the tutorial and you are still unclear about how weapon operates, using skills, switching rows, element, or monster types. Please refer to Gameplay Mechanics for more info.
You may refer to the Translated UI on this page for texts you'll look at very often.

At the start of the game, some of the game's function will be locked. Frequently in the beginning there will be side quests that shows up that will unlock these functions, including Upgrading Items and Enhancing Jobs. These will give you a tutorial on how to do just that (Anything the tutorial consumes is just an example, and does not use anything you actually have). Follow the instructions and complete the quests. 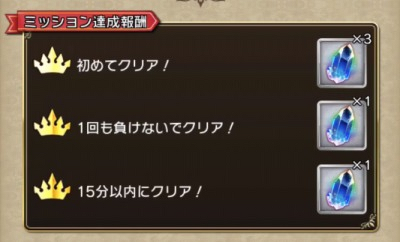 After the tutorial, typically you will want to immediately start progressing through the story quests. By completing the quests and their side objectives, you can earn Mythrils which are used for rolling on Gacha. This will allow you to hoard up items (Probably high ranked ones as well) to progress through the early game easier. 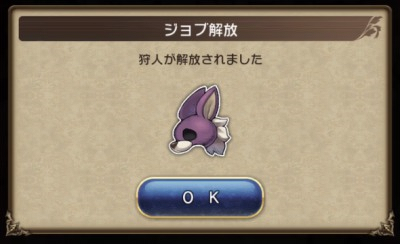 The neat thing about the job system in the game is that you're not limited to just playing the job you first chose in the tutorial. You may play other jobs should the circumstances arises, which may enhance your gameplay and view of the other jobs. You can find the quest to unlock the jobs in the Side Quest tab from Est's quest board. The unlocking quests will also give you three 3* weapons to start with as well. 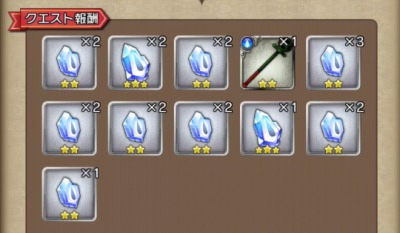 Don't forget, you will need to also need to start upgrading your jobs and gears as the difficulty increases. You will need to collect Elemental Runes and Enhancement Hammers. Rune elements rotates every day, and are required for Enhancing Jobs and Upgrading Item Skill while Hammer types changes every 2 hours. Please make sure to change your device time to JST to properly access these quests. You can also get Mythrils for completing the quests and then talking to the Guard. There are 3 difficulties for each of them. It is perfectly fine to fail the quest either by death or time limit (Of 30 Minutes), as you will still get everything you've collected.

Remember to do Side Objectives

Always do side objectives in quests whenever you can, and you might as well do it all during the first time you do the quest to save time. They hold a majority of the available free Mythrils in the game, and any amount you can get will help you and go through the early game efficiently.

Do Rune and Hammer Dungeons Frequently

Actively strengthening your job and items will increase your damage and defense, which will help you clear quests faster and shorten how long you have to do things in the game (Especially since the beginning will take you quite a long time to set up properly for the rest of the game).

In the Event Quest tab there is a PQ quest that you can do once every 24 hours since the last time you did it. The Chompers in this quest drops a lot of PQ. PQ is required for Upgrading Items. Upgrading items can be quite expensive, don't forget to do it. 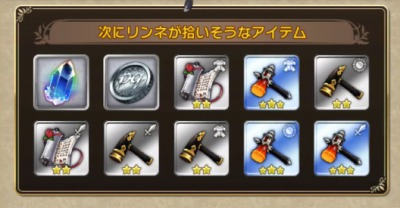 Everyday you can find Rinne 5 times daily. This green fairy will appear in town every 3 hours since the last time you find her. She will randomly give you an item listed as possible rewards for doing so. Since it also contains a chance at three Mythrils every time, you should always do it.

One of the currency in the game is the Rare Coin. You can get Rare Coin on the floor in quests and selling items (Items do not generate PQ). These Rare Coin will allow you to purchase Items that will help you progress through the game.

These items can be anything, including Hammers but except Runes, Coins. and Boosts. 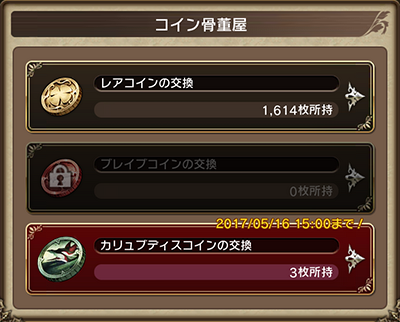 Everyday at 0:00 AM JST, items like Gacha Ticket, and Scrolls will restock. Gacha Tickets are definitely beyond valuable, along with Weapon and Armor Scrolls. These allow you to Rank Up Items without using actual equipments as fodder. 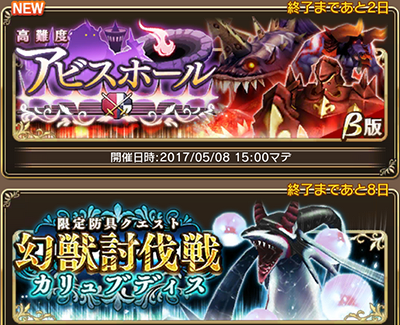 By participating in Event Dungeons, you can collect more Mythrils, Gacha Ticket, Boosts, and Event Coins from Completion Rewards. These are frequently added every week, and you should do whatever you can before they're gone.

You can also spend your Event Coins at the Rare Coin Shop to purchase even more Gacha Tickets, Scrolls, Silver and Golden Boosts, and Event Equipment Sets, but they do not restock.

You will be needing all sorts of 3* and 4* equipment that you get from gacha, either to use to help fill out all 4 elements with gears or to Rank Up Items. Go to Progression Guide and Upgrading Items for more information.